Ethnonutrition | Should we eat the diet of our ancestors? 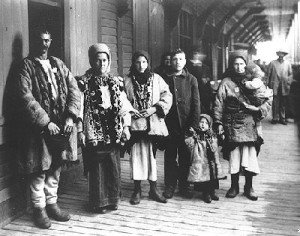 Continental Europe’s cuisine is known for its diversity of ingredients, sauces and seasonings that distinguish each country’s particular food preparations. In general, note that protein (beef, poultry and fish) dominates the gastronomical view, accompanied always by a variety of vegetables and potatoes prepared in many ingenious ways.

Latin America and the Caribbean countries share many similarities in their diet since it’s greatly influenced by Spain. However, throughout the years and given the various locations, climates and terrain, culinary differences have evolved. Some of the most common ingredients from all the countries in this region are corn, beans and chilies.

In terms of Ethnonutrition, the point is that we remind ourselves that in order to maintain a state of health we need to eat real foods.

Take a good look at what you have been eating lately, and make it a point to eat the WHOLE FOODS your grandparents would have prepared for your family in this new year – for the health of it.